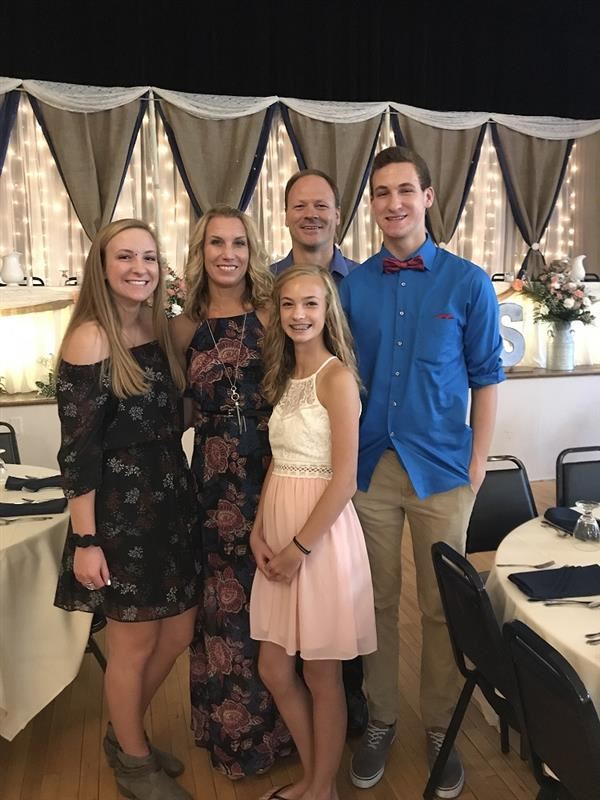 Hello! My name is Mrs. Haffelder and I am excited to be in my 2nd year here in the School District of Fort Atkinson!  I grew up on a dairy farm near a small town called Dakota, IL, and began my music career by attending Northern Illinois University in DeKalb, IL. From there, I taught K-8 music in Walnut, IL for 2 years until my adventureous side took over and I moved to the East coast. I then taught in the Charlotte, NC area for three years, before returning to the midwest to marry my husband, Dorian.  From 1999-2016, I taught band, piano, and General Music at St. John the Baptist School in Jefferson, where I still attend church.  In that time, I have been blessed with three great children, Sydney, Caleb, and Claire, who have all attended schools here in Fort Atkinson. We have two cats, Whiskey and Swag, and a dog named Pache.